what may be the last words from coffeeyogurt for, like, ever 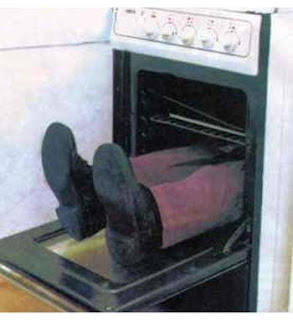 Goodbye Cruel World.
Because there are times when the world is too harsh, too unforgiving, too filled with head lice.
Our first battle was five years ago. Two second graders and one fifth grader. Three long haired kids, thousands of strands to be searched.
We managed to rid the oldest two of their affliction within two weeks. The third child? Long, fine, light brown, copper highlighted locks where lice loved to linger? Took months. A good six months, maybe nine. Some of the worst months of child rearing, I do know that. Nights of crying, whining, howling and growling from the child who, it became apparent, could least bear the suffering.
So of course, this time around, it has to be the copper headed child whose group of friends invited us back to Lice Nation. 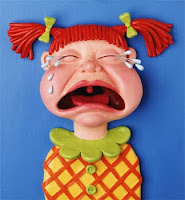 I discovered the lice midnight Friday. Which meant delivering the most devastating news of all to a middle school girl's ears: no sleepovers and no slumber parties.
And so everyday for the next several weeks her dad and I will sitting on our picnic table, in the bright sunlight, hunched over our child's head, ensconced in coke bottle glasses bought specifically for the purpose, diligently combing.
Because if there's one tip that I recommend? That finally ended our months of failed attempts?
Reading glasses. The strongest power glasses and the cheapest you can find (thank you Dollar Store). 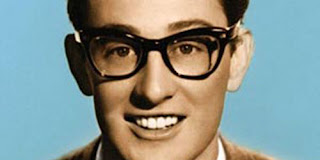 You may look like a middle aged, transgender Buddy Holly while you're at it but you'll be able to see those little mo-fo Phthiraptera basturds and get your life back.

Are these really gonna be your last words? I sure hope not!

GAH!! Good luck getting rid of those nasty critters.

Those things just happen... it happened with my kids...

I hope those aren't your last blogging words... :o(

Good luck in the fight with insectland. I hope you will continue to write after the battle. :)

I had the grand kids and we went to get our hair cuts. Bug went to her chair and I went to mine (Mater didn't need one). A few minutes late the hair cutter lady brought Bug over to me and said, out loud, that she had lice and could have her hair cut. I said, Don't you clean and disinfect your combs and clippers after each cut? She said that was the rules. So I got up out of my chair, took the kids and left...did not pay or go back. Lice is a pain to get rid of, but there is no need to bring a kid to tears of embarrassment. So, I don't envy you your next few weeks.

So, so sorry. We've been through this more times than I care to think about.

Hang in there, without actually, you know, hanging yourself.

My head is so itchy right now. THANKS. I don't envy you going through this, and I'm so thankful I haven't had to go through it yet myself... but every year someone in my daughters' class gets it, and we all panic.

What about the mayonnaise cure? Dousing your entire scalp with mayo and wrapping it in plastic wrap - leave for umpteen hours, and then comb out... does that work?

P.S. I guess right now wouldn't be a good time to ask you about guest posting on my blog, eh..? ;)

The Girl Next Door said...

Thanking GOD we never experienced that. UGH hoping this is short lived for you!!!

I think my mother cut almost all my sister's hair off to make it easier. Dimly remember some smelly potion for the scalp too?

My youngest had fair hair back when the lice made their way through our house. Fair hair and a tender head. It took over a week before she passed the inspection and got to go back to school. Apparently the kids who used the mayo and saran wrap method got to go back much sooner...

Been there. Done that. Still itching. Kill them all!

This could be stupidly useless advice especially if you can't get tea tree oil in the states - but some in water in a spray bottle squirted in to the hair before they leave for school each day seems quite effective.

But first you've got to get rid of the filthy buggers!

urgh, yep my daughter had a run of getting those. Never thought of reading glasses. Probably a bit late now though since she is 22! Although she is training to be a teacher - so perhaps she will get them again!!

My boys have never had them - hair kept too short probably.

Oh goodness. We've only been through this once with our son.

I don't envy you!

Reading glasses are a great idea, though. Although now I wear them a lot, when I was a young mom they were not on my radar screen.

I really shouldn't say that out loud should I?

I have been there, done that and you have my very deepest sympathies.

oh, yuck. and i am knocking on wood as type the fact that we have missed out on this wonderful experience (made worse by the fact that you really need to wash sheets and clothes in extra hot water and here in japan? oh yeah...no hot water in washing machines...unless you bowl it up and pour it in yourself!!)
am making notes though of tea tree oil/water sprays....and mayonaise/saran wrap.
you know. just in case.
****knock**knock***knock***

now...go...have a still drink...think happy thoughts...and don't even think about not writing again. thank you. (^-^)