some mornings are sheer poetry 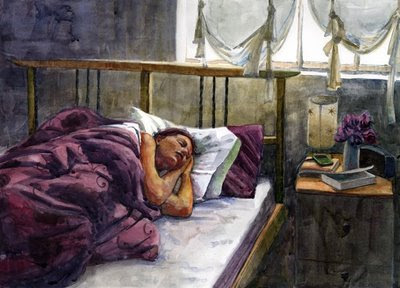 I don't think of myself as someone who likes poetry. I don't usually seek poems. I've been known to run from them on occasion. At a fast gallop.

I might have taken a book of poetry out of the library once or twice, Erica Jong comes to mind. But I don't think I've ever read more than a few lines before I put the book down and then forgot where I put it and then it was time to take it back to the library.

I do, however, love to listen to The Writer's Almanac with Garrison Keillor. I catch it some mornings when I'm getting dressed for work. Often hoping the timing of the blow drying of my hair will not coincide with Garrison's reading of his selected poem of the day.

Below is one such poem I managed to catch.

After a Noisy Night

The man I love enters the kitchen
with a groan, he just
woke up, his hair a Rorschach test.
A minty kiss, a hand
on my neck, coffee, two percent milk,
microwave. He collapses
on a chair, stunned with sleep,
yawns, groans again, complains
about his dry sinuses and crusted nose.
I want to tell him how
much he slept, how well,
the cacophony of his snoring
pumping in long wheezes
and throttles—the debacle
of rhythm—hours erratic
with staccato of pants and puffs,
crescendi of gulps, chokes,
pectoral sputters and spits.
But the microwave goes ding!
A short little ding! – sharp
as a guillotine—loud enough to stop
my words from killing the moment.
And during the few seconds
it takes the man I love
to open the microwave, stir,
sip and sit there staring
at his mug, I remember the vows
I made to my pillows, to fate
and God: I'll stop eating licorice,
become a blonde, a lumberjack,
a Catholic, anything,
but bring a man to me:
so I go to him: Sorry, honey,
sorry you had such a rough night,
hold his gray head against my heart
and kiss him, kiss him.

"After a Noisy Night" by Laure-Anne Bosselaar, from The Hour Between Dog and Wolf. © BOA Editions, Ltd., 1997. Reprinted with permission (on the Writer's Almanac but not here on CoffeeYogurt)

what not to do during your first couples therapy session 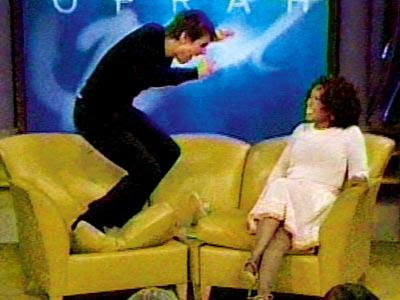 1. Do not show up at the first session with a bill board size list of all the things your spouse does that annoys you. You look controlling and narcissistic. And there's nothing that puts a shrink in a worse mood than a controlling narcissist.
2. Do not, when asked what you think after your spouse has listed a complaint, say, "I don't know." You look like a passive-aggressive numbskull. And there's nothing that puts a shrink in a foul mood like a passive-aggressive numbskull, except maybe a controlling narcissist.
3. Do not, when your spouse is rambling about her complex and convoluted feelings, doze off. You look like you don't give a sh*t. And since you're paying the shrink a hefty fee to occupy that comfy couch? You look like a spend thrift and an ignoramus. And there's nothing that gets under the skin of a shrink more than finding out you don't give a sh*t and apparently don't mind wasting hard-earned money while you perfect being an ignoramus.
4. Do not, when asked how you feel after listening to your spouse's rambling, complex and convoluted feelings, say, "Huh? Uh. What do I feel? Uh. Nothing." You look like a 1950's out-of-touch suburban slacker. And nothing makes a shrink side with your spouse faster than realizing you are a 1950's out-of-touch suburban slacker.
5. Do not, after your partner explains in a sensitive and carefully worded way that she is not having orgasms with your decades-old, same-old routine, say, "Huh. None of my ex-girlfriends ever complained." You look like a cad who has spent far too much time in front of cheap porno movies pushing the rewind button until your thumb is sprained.
And P.S. Your old girlfriends were lying.
You probably also bought the line, "You're only my second."
6. Do not, after listening to your spouse take responsibility for faults and overwrought, coming-unhinged emotional tendencies, say, "Well, as for me, I won Best All Around three years in a row." You look like an insensitive clod whose sense of self is as fragile as that English soccer goalie's ego after this now infamous World Cup move.
Speaking of the English goalie, here's a must-see video clip of a never-before-seen camera angle, complete with Green's never-before-heard internal dialog as the ball slips past. If you missed that link, it's What the English Goalie was Thinking.
7. Do not fool yourself into thinking that you will be let off the hook that easily. 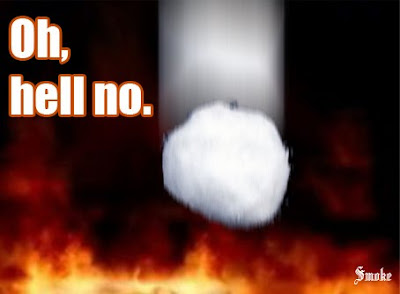 You will not. You will, instead, look like a spouse who needs intensive individual therapy if your relationship stands a snowball's chance in July in New Jersey. Your spouse has drug you into therapy not because he wants to humiliate you but because she wants this relationship to work, i.e., your partner loves you. Now quit being a bonehead, wake up, take some responsibility, and show some love back. Because nothing makes a shrink feel more optimistic than two people willing to talk openly and risk showing the love back.
38 comments: