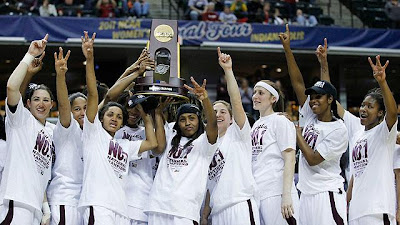 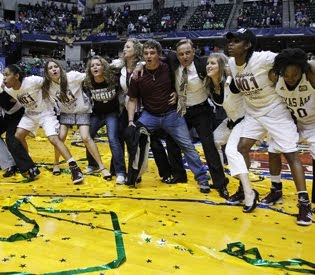 Congrats! What a sweet, sweet victory.

I don't follow women's basketball, but the streamer colors do tell a story!

Congrats to your team!

In an unsportsmanlike comment that I am good at...at least the Aggie’s got to stomp on the steamers, too. Ground them under their shoes.

Our family harks from UT & Baylor, so no one loves the Aggies. But after we recovered from A&M's whupping of the Lady Bears, we rooted for the Aggie women and I LOVED seeing them win it all. A lot of heart on that team.

I'm glad you're so jazzed! Personally, I'm such a sport idiot that I'm just proud right now that I realized you were typing about, um, hockey?