when shoes matter, part 3, the conclusion

So Sam, with the bad shoes and the El Camino, was history. Because shoes matter.
Or so I thought.
Fast forward to mid-December. The winter weather had put an end to tennis and an end to seeing Sam.
I was busy preparing for a January trip to a list of interviews on the east coast. My schooling was nearly over. I was choosing to leave Texas behind. Close the chapter. Head back to the direction of my family and old friends. Feeling really good about it, too. For the first time, no man in my life to hamper my career plans.
But then, shortly before Christmas, Mindy called to tell me that Sam's best friend Austin had died suddenly. Suicide. Oh my god, how shattered Sam must be.
The funeral was held on an unnusually crisp and sunny afternoon. I saw Sam, one of the pall bearers, inside the church wearing this: 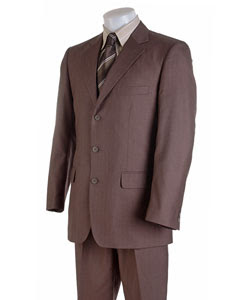 and a pair of these: 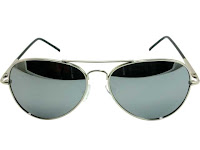 My heart broke for him.
The church was crowded. I squeezed in next to an older lady, also by herself. As the eulogies progressed, she handed me a tissue and we both cried.

Someone told me Sam was having a gathering at his house that night for Austin's friends. I was so tired. I had worked the early shift so that I could make the funeral. What I really wanted was to go home and go to bed. I settled for a late afternoon nap that nearly turned into an early bedtime. But I made myself get up. So in my smudged mascara and rumpled funeral clothes I went.
I showed up to a large gathering of old fogies older people I did not know. And no Sam. He was visiting with Austin's parents. I grabbed a can of beer and uncomfortably mingled. I waited to offer my condolences.
That's when Sam walked through his front door wearing these: 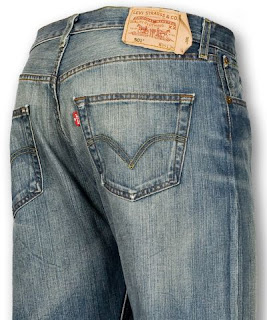 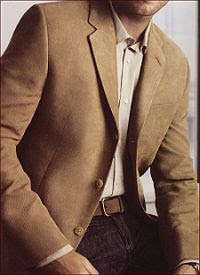 And most vitally, these: 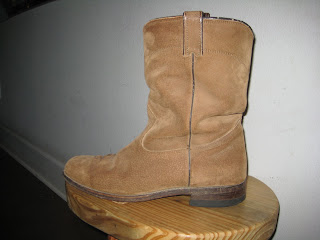 Roughout pigskin Wellington style boots. Bought in the mistake pile of a Justin Outlet in Fort Worth, he later told me. The mistake? Leather soles when the bootmaker meant to use rubber.
The bootmaker's mistake transformed Sam into hawtness.
Suddenly I was seeing him for the first time. Gone was the older divorcee. Gone was the arrogant talker by the lake. Gone was the fuddy duddy in the El Camino. In this instant I was seeing a tall, handsome man, a person who was grieving for his friend.
So, there I stood, across the room, head doing a double take, jaw hanging open to my waist, thinking, for the first time since knowing him, I want this man.
I must have this man.
He dropped down in his recliner. Someone handed him his drink, a Weller and water. He looked drained and beaten and really sad. Here sat a man who truly had lost his best friend.
So it was more than the clothes. Or was it? I often wonder about the dynamics of this emotional whiplash. I think as I stood across the room, trying to observe him without being noticed, I saw a side of Sam that I'd never seen before. He was always so arrogant confident, before. Emotionally aloof. Socially at ease. Unruffled. Never revealing a weakness. Seeing Sam in those Levi's and boots the depth of his grief let me see past the superficial appearances. And remember, I was studying to be a psychologist at the time. I was driven to help people with their distress. The helper in me wanted to reach out to this man in need. To understand and comfort.
I bided my time, watching from my awkward perch as he was approached by one friend after another. Eventually Sam and I had a few awkward conversations but always surrounded by groups of people. And I couldn't read him with all of that grieving weighing him down. Was he still interested? Did I even stand a chance at this point? Had I blown it?
I racked my brain. How to make a move? If I should make any move. I mean, my god, what was I thinking? This was his best friend's funeral.
But I was due to leave town for a long weekend. And then it was Christmas. And then I was leaving for two weeks of internship.
It was now or never.
And apparently, I was not the only funeral attendee with sex on the brain romance on my mind. I was nearly cock blocked foiled twice: a slimeball trying to pick me up and a surprise visitor, Old-Home-Week-Holly, a tall, beautiful, blonde photographer trying to pick Sam up.
The crowd thinned out. It was time for me to leave lest I start to look like Maude stalking Harold.
Sam walked me to the front door. My heart was thundering in my chest. I turned to go. And then, at the last possible nano-second, I barely squeaked out, "Let's go out for a drink soon." He smiled, knodded and said he would like to do that. I called him the next day.
It wasn't long before I was wearing this:

And the boots were under my bed. For good.
Epilogue:
The older lady at the funeral who handed me a tissue?
Turns out she was my future mother-in-law.
The inspiration for this three-part-post?
I came up behind Sam the other day as he was surfing the internet. He was shopping for a pair of boots.
The boots he was planning to buy?
These: 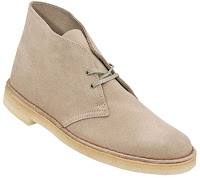 Great story - you really span out the tension across those three posts! I hope you've got his shoe habits firmly under control now ;)

This is the greatest story ever told. Or at least very close. Thank you for sharing it.

aaaaaaahhhh, nasty surprise twist at the end. But those could get "lost" or chewed by the dog, right?

Apparently it is true that shoes make the man.

I've been in a funk and that really hit the right spot.

I hope you and Sam are happy FOREVER.

Good story but I'm left wondering about the El Camino.

Have to agree, the last outfit was totally hawt. You stood no chance at all with that one.

Thanks for sharing that. It was awesome!

You sure tell a great story.

WOW! What a great story... and "hwat" boot is right! I love that you have a shoe thing too. I thought I was the only one. What is it about the shoes?? I really don't know. I am sure that I scare away men and women with my floral patterned rocket dogs (but I love them!) thank god hubby doesn't care!

rachel -- I obviously do not have his shoe habits under control. But I'm hoping this post will reign things in a bit, if ya know what I mean.

cheri -- thank you. I love the encouragement (uh oh). I do think we have a verrry interesting falling in love story. Four Pairs of Shoes and a Funeral?

becca -- a fat bribe for the UPS truck to lose them, how 'bout?


jenn -- it certainly helps, as much as I hate to admit it.

heather -- thank YOU! It's always in the back of my mind when someone talks about rejecting a blind date because he didn't fit every single criteria on the woman's check list. My husband is a really really good man. I came so close to letting him get away.

sherry -- I do not remember what happened to that El Camino. He sold it fairly soon after we started dating, maybe. I'm thinking my upturned nose and door hugging made it's way into his psyche. Either that or he needed the bigger truck for work purposes. Likely the latter.

melissa -- it really was the clincher. continues to be a mainstay in his "out on the town" wardrobe. a man should never mess with success.

sinda -- thanks. I started out writing one post and then, well, you know, SAGA.

stacie -- funny thing, I'm really not a shoe horse personally. can't be. have to be real careful what shoes I buy, so I buy sparingly. obviously, and thankfully, the shoe thing is a one way street in this marriage.

I saw that you are reading, "Come Back"....it is one of my Top 3 books of all-time. The second section was plain awesome. Let me know what you think.

**sigh. But those Wallabies need to go;)

Come listen to a story about a shrink and shoes,
There's a little bit of sex and a little bit of booze,
Then one day she was surrounded by old coots,
When in through the door came a fetching pair of boots.
Roughout pigskin, that is. Wellingtons.
Well, the next thing you know P.h.D.'s an M.r.s.

...
Well now it's time to say goodbye to Sam and all his kin.
And they would like to thank you folks fer kindly droppin' in.
You're all invited back next week to this locality
To have a heapin' helpin' of their hospitality

Coffeeyogurtry, that is. Set a spell, Take your shoes off.

hahahahahhaaha. The coda at the end there is PERFECT.

I have loved this series of posts. You will never regret writing all this out.

Awesome story! Tell me you didn't let him buy those boots.

FF -- Hilarious. You captured it, thank you!

Jocelyn -- I think you are right. I like this aspect of blogging. Remembering, recording and sharing with others.

Blognut -- I let him fact check this series and am hoping he will come to that decision on his own ; ) So far, so good.

I have thoroughly enjoyed reading these "shoe" posts! Great story and I completely agree with you on the shoes!

Don't know how I missed this on the 6th, I've been looking forward to the conclusion. Great story. I love the strike-outs. Because it's true, there's always the story we're saying out loud and the one we're thinking.

As to the conclusion, I think that a man who makes homemade jelly is entitled to any footwear he wants.

"four pairs of shoes and a funeral"...I love that!

and really? about the middle of this post, I was cheering for you...really i was.
thank you for putting the story of you and sam out there for us...i do love a good romance!!

What a story! I started with the first post and thought that it was a work of fiction. Had to read all three posts, even though I really didn't have time. You are an amazing story teller. And a man in Levi's and a crisp white button down...mmmm! Thanks for putting that image in my mind!

I'll be back for more! I'm your newest follower.