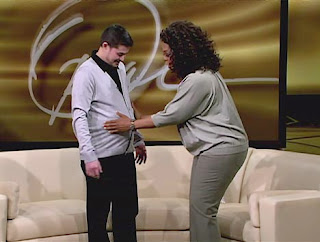 There was a guy in my hometown named Bobby who joined the cheerleading squad - as the mascot. He dressed up in a furry animal costume at football games and was voted as "most school spirit" by his high school classmates. He moved away shortly after graduating. Several years later he returned with a new name: Crystal.
According to the American Psychological Association (APA), transgender broadly refers to "anyone whose identity, appearance, or behavior falls outside of conventional gender norms."
More people are familliar with the term transsexual, which may describe Crystal. The APA defines transsexuals as "transgender people who live or wish to live full time as members of the gender opposite to their birth sex."
We typically hear news stories about adult transsexuals who have "transitioned" to the opposite sex,meaning they have undergone hormonal therapy and surgery in order to officially become and live as the gender of their choice.
. 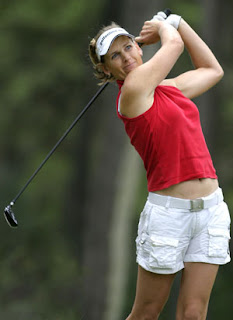 What we don't hear much about is young children who solely identify with the opposite sex gender - young children diagnosed with Gender Identity Disorder, for example.

What happens when a young boy wants to wear dresses, play exclusively with dolls and other traditionally "girl" toys, and rejects typically masculine interests? Or a girl who insists she is a boy, who refuses to wear dresses, who wants only to play with the boys in her neighborhood, and who feels disgusted by the idea that she should "act more like a girl?" And what happens when parents pressure these kids to conform and they start acting out in extreme ways?

How do psychologists advise the parents of children such as these? Make the child give up their favorite toys and force them to conform? Or allow the child to go to school as the opposite sex gender?

According to a two-part news story aired by National Public Radio, each of these might be recommended, depending on which psychologist is consulted:

I occasionally treat people with transgender issues. I don't have an opinion as to which treatment is better for children, however. I think it is a highly individualistic decision that depends entirely on the child and the unique circumstances (as should all treatment decisions). 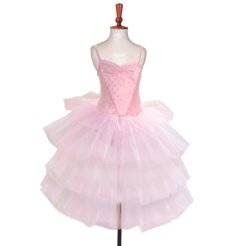 I do, however, have a wish. I wish that people could learn greater tolerance of gender identity differences. That little girls who want Tonka trucks are embraced. That boys who want to wear dresses, pink frills and tap shoes are accepted.


Maybe if society deemed gender as a fluid concept rather than a "set in stone" assignment, fewer parents would need to give hormones to their children. Fewer adults would feel the need to surgically alter their bodies.

Let boys be feminine. Let girls be masculine. It can all be good.

I know I'm looking at this in an overly simplistic way. I know it's idealistic. It won't solve every transgender problem, of course. But it sure couldn't hurt.

For a moving video clip on transgenderism, click here.

Have questions about gender identity and transgenderism? The American Psychological Association webpage answers some of them, here.

Thanks to feministgal for posting the links to this NPR piece here.

Side note: You probably noticed that my blog post just boomaranged from the rough and tumble rawhide story of Texas barbeque to accounts of boys who choose to live as girls. Please be tolerant. My blog is experiencing identity confusion.

Email ThisBlogThis!Share to TwitterShare to FacebookShare to Pinterest
Labels: gender

one of my first blogging friends was jay sennett of self organizing men. it would be interesting to see what he has to say about this.

gender fluidity is, i hope, a thing of the future. as this collective thing called humanity, i think we are past focusing on keeping our gene pool alive and swimming and ready to explore and embrace the more subtle nuances of that which we call "man" and "woman."

interestingly enough, i got your comment on my blog just as a had finished writing another little ditty on my novel, which also has what we might call "pangenderism" appear in a cameo role.

I was fascinated with the NPR piece. It really made you wonder what you would do if it was your child.

I will be as tolerant of your blog's identity issues as I would hope to be if one or any of my kids were dealing with transgender issues.

I think Eddie Izzard has had an impact on people's understanding of transgender issues but really on the whole I don't think it is at all understood - we have a long way to go I'm afraid.

I was thinking the other week that transgender issues are one of the few things left that people find wholly unacceptable. People simply have no idea how to handle it and it is still seen as fine to joke about people who do have a fluid gender. We have a transsexual who works as a cleaner at the Uni and so many people gossip about her - it is very unpleasant. But it is not just that - people are afraid to build friendships with people who cross the gender divide and they are isolated and excluded by both men and women. People are scared by it I suppose. I am not sure I would date a woman who had once been a man which is wholly unreasonable - but fear and unease is hard to shift.

As for children, it seems to me that gender issues are more inforced now than they were when I was a child. Whilst everyone is into appearance and body image it is always going to be hard for people who are different.

But yes your ideal does sound ideal. it also fits in nicely with the fluid sexuality that a lot of people have (in many cases they do not acknowledge it even to themselves).

I have never had any gender issues but I do understand how difficult it is to suppress something that you feel just because everyone else thinks it is "wrong". I suppressed my own sexuality for a long time on that basis and it is a very difficult way to live.

It's such a difficult issue for so many people and it really doesn't have to be. If we just practiced more tolerance and commonsense, it would be an issue to embrace and work with, not one to fight over.

i hope that as we evolve people will realize that gender and sexuality are fluid. people are so keen on labels, we need to give them up in order to be liberated. thanks for the great post!

I agree with Alison. We (meaning the collective we) make this issue much more difficult than it should be. I fear that I will die in a world that has continued to be as closed-minded as it is now.

isabella - jay sennett, his name rang a bell so I checked out his blog. he's got some great stuff on there. I think gender and defining it (or not) is fascinating.

jenn - that's how I felt, too. what would I do? I was particularly intriqued by the british doc who said that 80% choose to stay their birth gender. I'd like to know more.

mary - thanks for mentioning izzard, I looked him up on youtube and recognized him. had seen him briefly on TV but never caught his name. he's hilarious.


rb - right now is a bad time in the U.S. Good because some states are allowing gay marriage. but bad because the issue has become so polarized in the past 10 years. like the 1960s and the civil rights movement. as the oppressed group gains rights, the opposition gets uglier and more visible.

alison - it seems so simple, doesn't it? live and let live.


q.u. - yes, thanks for adding sexuality into the equation of fluidity. I do want to add, and I know this is not an original thought, that homophobia is one of the biggest contributors to transgender fear and bigotry.

ann - the wheels of change turn slow. I have the same fear. but then I look at civil rights. amazing change has occurred since I was a little girl. so I try to remain hopeful.

These kids have some wonderful support from friends and family. With all the fear mongering and negative focus our media heaps upon us, it was comforting and encouraging to see such unconditional support and love.

jenji - thanks for stopping by. I did not see the Baba interviews. Wish I had.

I had a transvestite (yet another interesting avenue) student at the beginning of this school year. He was a delightful young man, and like you I was a little puzzled that people generally have a hard time just being with individuals who choose a different path.

"Ma Vie en Rose" was a great film looking at a boy who wants to dress like a girl; my husband & I saw it around the time our 2-year-old son was enamored with a tutu I found at a garage sale. We took pictures and let him love it as long as he wanted to.

I really like the idea of 'fluidity.' Let's try to spread it around :)

stephanie - I'll look for that movie. Thanks for mentioning it. My son had a tutu or two, too (say that really, really fast!). I always figured, pink tulles, sparkly guauze, shiny satins - all so pretty to touch and wear. why wouldn't any girl OR boy be drawn to it? Its assinine (sorry) for any boy to be scolded or prevented from enjoying the beauty around him. Sadly, though, many parents feel they have to protect him from being teased and ostracized.