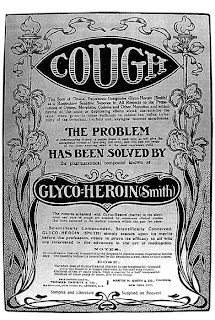 I'm down with a cold. Or at least I'm pretty sure it's a cold, as opposed to an acute case of allergies.
Did I catch it from my husband, who had laryngitis two weeks ago, followed by persistent stuffy nose and cough?
Did I catch it from my neighbor, who had an upper respiratory infection, coughing next to me in my car, reassuring me she was no longer infectious?
Did I catch it from my client, who, just last week, wondered aloud if her symptoms were due to allergies or a cold?
No matter, right? It's got me, whatever it is. Whomever it's from.
I opted to cancel several appointments. Today was a long, full day of too many clients back-to-back. I kept three appointments in the middle of the day. And then, as luck would have it, one of the three kept appointments called to cancel, leaving a voice message, "I've got a cold." Of course, it had to be the middle appointment.
So I ended up seeing two patients. One who was kind enough to come in early. I headed to the office with relief. Two appointments sounded entirely doable. Or so I thought.
Everyone knows my job involves listening. But it also involves talking, in between listening. It was in the middle of one of these, my-turn-to-talk turns, that I found out that my cold is much easier to abide when I keep my mouth shut.
Talking brought on fierce bouts of coughing, sputtering, eye-watering and nose running. Where the intake of breath between coughs brought on even more severe fits of coughing. Undignified and unprofessional slobberring attacks.
Do you know the kind of hacking, tickling, choking cough I mean? The only thing that prevents these cough attacks is to (1) drink one cup of hot tea after another, or (2) continously suck on Moutain Herb Reeeeee-Co-Laaaas.
Fortunately, the cough attacks occurred during my second appointment. Meaning, soon after, I was able to pack up and head home. Very relieved that I hadn't pressed my luck.
So now I'm home, alone in my room, comfortably blogging and blowing my nose and puffing, 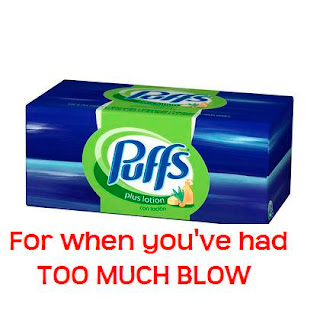 gleefully allowing the husband to deal with dinner prep and the kids: their homework, after school pick-ups, their squabbles.
All was well and good until Sam was off playing Taxi-Cab Dad. When I heard this urgent shout,
"Mo-Ommmmmmmmmmm!"
I jumped up, heart racing, laptop-sy-turvy,
"What is it?!" I yelled back.
"Oh, nothing. I just wondered where you were."
Argh.
But other than the one panic inducing interruption? I have to say?
I rather like my quiet exile. 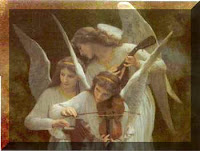 Cold or no.
"Leave Mom alone," I hear Sam telling one of the kids.
(Who among us doesn't liken these words to the sound of heavenly choirs of angels singing?)
"Leave Mom alone. She's not feeling good."
Ahhhhhhhh.
Little do they know my well-kept secret.
That right now?
I'm feeling damned good.

Haha! Good for you. My cold passed quickly, thankfully! I hope yours does too.

Did you boil this post before putting it? :D
Get well soon, Doc!

i was afraid that after being sick 3 out of 6 weeks of vacation that i would come back to school (and my students' germs) just to get sick again. Haven't so far so here's hopin for the best.

HA! I'm sick now too. Have been since Sunday evening. Now with all this rain we're having, it's that much suckier. Went to work today after missing two days being flat out sick! Stuffing myself away in my room has been a godsend!

Oh poor you re the cold. But yes, I can see it is going to linger.

Everyone seems to have had a cold lately. I did too - and hid in the warm for a few days.

First of all....I want those tissues!!! Allergy season is still in full bloom and the cedars are killing me...but not as bad as last weekend...my nose is about to stage a walk-out!!
I do hope you are feeling better soon...can i send you some masks to wear?? just say the word and i can have some in the mail....i can find Hello Kitty ones, you know...for a giggle!!!

How sweet of your husband! Get well soon.

Hope you feel better soon. I caught a cold last week and ended up with a stupid sinus infection which I am still fighting. crazy stupid ridiculous.

Milk it! Good for you. I think we all know that kind of cough/sputter/wheeze, unfortunately.

Except for a minor sinus infection, I haven't been sick this season (knock on wood) and I attribute that to taking oil of oregano when I get the first hint of something happening, or my hubby or kids start getting sick. Works like a dream!

You can always tell those people who don't know if it is a cold or an allergy totally know and are about to pass on their bug. ;-)

Glad you're feeling better and your Puffs are nearby.

Ewww, I'm betting your client couldn't hear a word you said over his/her fear of your plague.

Sam sounds like a sweetheart. Hope he doesn't read your blog and you get another day's rest.

You forgot the BEST throat medicine:

Half-glass grapefruit juice, warmed, plus 1 tablespoon honey, stir until dissolved, plus 1 jigger whiskey/dark rum (one or the other, not both). Can't remember how many doses per day.
Honest to god this is a medical prescription guaranteed to sooth the throat. Helps you sleep too.

Ugh. Had it last month...hope you kick it soon. Just don't tell anyone in your house....

UGH I hate it when the coughing attack hits. It usually hits me in the grocery store or TJ Maxx and everybody looks at me like I'm carrying the plague - which I probably am. Anyway, hope you enjoy your "me" time. Rest and feel better.

I hope you're feeling a bit better, though the rest of family doesn't necessarily need to know, just yet! I also wanted to A. apologize for taking so long to track down your blog, and B. thank you for expressing what I was too offended and angry to muster the clarity to say in your well-measured "Ask the Colony" response. Except the part about clients, I have no experience with that :)

Awww. This is wonderfully funny. Aren't they great when they're being sweet?

My friend and I were recently discussing about how modern society has evolved to become so integrated with technology. Reading this post makes me think back to that debate we had, and just how inseparable from electronics we have all become.


I don't mean this in a bad way, of course! Ethical concerns aside... I just hope that as the price of memory drops, the possibility of downloading our brains onto a digital medium becomes a true reality. It's a fantasy that I dream about all the time.

Achoo. (I have a cold, too.)But I got lucky...these 30 inches of snow we got make it impossible for me to go anywhere, so I'm happily stuck at home. :)

We're always in the same boat in Austin---cold or allergies? I think I may just build myself a bubble to wear around town next year. I'm pretty sure I can make it work.

Yikes. Remember this is exactly how I got swine flu...from a patient...and then you copped the dreaded middle gap on top of it...hope you are feeling better.
Off to wash my hands...

And it is probably hard to take a therapist completely seriously when she has snot bubbles coming out of her nose.

Alone, with a laptop, under some covers? Yea, I'd take a little fever or a mild bout of pneumonia for that...

I do hope, though, that you're feeling a bit better now--and successfully hiding that fact from your household.